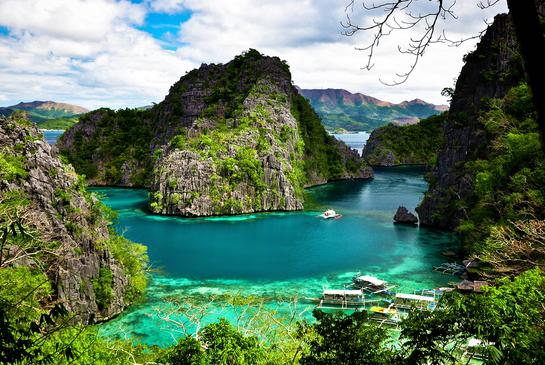 Coron is both the name of the largest town on the island of Busuanga, and the name of a different, smaller island just offshore. The area is famous for its World War II wreck diving, and the site has been named in many lists of top dive spots in the world. In September 1944, a fleet of Japanese ships hiding in the harbor were sunk in a daring raid by the US navy. The result is around ten well preserved underwater shipwrecks surrounded with coral reef.

There are also attractions on Coron Island itself. There are many beautiful bleach white sand beaches, mostly tiny and surrounded by large limestone cliffs and wildlife. Barracuda and Kayangan lakes are both stunning locations, and good for snorkeling, and the island is the ancestral domain of an indigenous tribe who are managing the island in a sustainable way and keeping outsiders at a distance and offshore at night.