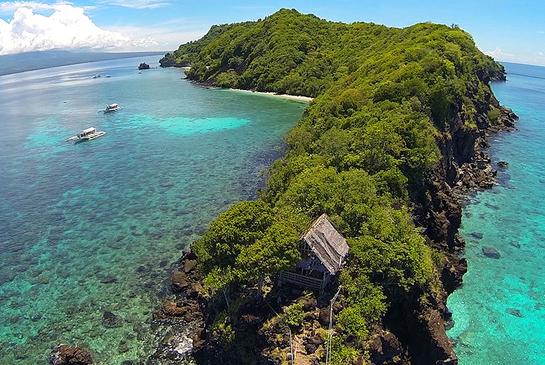 Dumaguete is a university town. The population is somewhat more than 100,000 people, with 30,000 of these constituting the student population. Foremost of the city's educational institutions is Silliman University, the oldest American private university in the Philippines, as well as the first Protestant school to be founded in a predominantly Catholic country. Among the famous landmarks of its campus are the Silliman Hall (built in 1903) which houses the Anthropology Museum, the Luce Auditorium (considered as the Cultural Center of the South) and its Marine Laboratory Museum which houses the 2nd largest whale bone collection in the world.