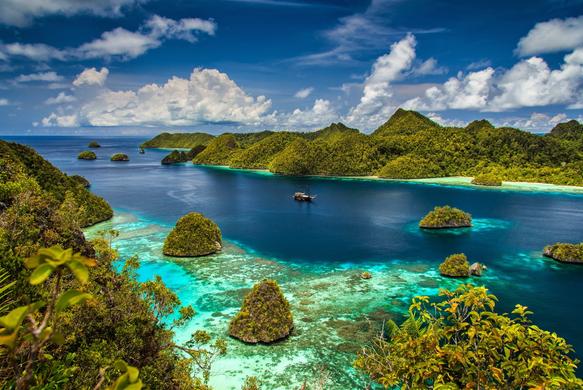 Located in South East Asia and in the heart of the Coral Triangle, the nation of Indonesia is made up of over 17,500 islands which over 6,000 inhabited but only but around 1,000 are permanently settled. The major islands of Indonesia are Java, Sumatra, Borneo and New Guinea.

The country, is home to hundreds of ethnic groups speaking many different languages. It’s is known for its beaches, volcanoes and jungles sheltering elephants, tigers and Komodo dragons.